In this section, we offer brief reviews of books that offer insights and advice to seniors. We’ll add new reviews as we read more books, so be sure to check back from time to time. If you have a book you would like us to review, please use the Contact page to let us know about it.

The Unlikely Pilgrimage of Harold Fry, by Rachel Joyce (2012). Harold Fry’s life in retirement is

strangely bleak, and the love seems to have gone out of his marriage. But then a letter arrives in the mailbox from a dying friend, and without looking back, Harold sets out to walk the length of England to be by her side. In the course of his walk, Harold is able to help others and to come to some understanding of his own problems. Some of the color returns to his life and his marriage, but this is not a sentimental novel in its dealings with estrangement and death. Reviewed May 7, 2015.

The Swerve: How the World Became Modern, by Stephen Greenblatt (2011). Lucretius was a well-known philosopher of the school of Epicurius, writing at about the time of Julius Caesar.

Yet his great work, On the Nature of Things, was lost for a thousand years. Greenblatt tells the fascinating story of how a copy of the long-lost book was discovered in a monastery by the Renaissance book-hunter, Poggio Bracciolini. The author then outlines the main points of Lucretius’ philosophy, and there is much here that deserves the attention of seniors. Most important, fearing death is pointless. In the words of Lucretius himself, “Death, therefore, the most awful of evils, is nothing to us, seeing that, when we are, death is not come, and, when death is come, we are not.”  You’ll find plenty of academics online calling Greenblatt a popularizer and a summarizer; telling us that we would do better to read the originals of the works Greenblatt cites. But hey, we’re seniors. Time is short, and this book is both accessible and beautifully written. Reviewed May 8, 2015.

Being Mortal, by Atul Gawande (2014). Dr. Gawande’s book is essential reading for everyone who takes a common sense approach to aging and the end of life.  Through the stories of his family, friends, and patients, Gawande illuminates the many challenges we all face as we grow older, including driving and facing the decision to give it up, the ever-present danger of falling, and handling the activities of daily living.  But mostly, the book is about the need for physicians, seniors themselves, and their children to confront the challenges of aging with realism and compassion — something our modern health-care system works against. Here are just a few quotes to make you want to read this book. 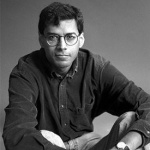 “The waning days of our lives are given over to treatments that addle our brains and sap our bodies for a sliver’s chance of benefit.” (Page 9)

On Alice, who was moved to the skilled nursing floor of her continuing care community. “She felt incarcerated, like she was in prison for being old.” (Page 73.)

“People with serious illness have priorities besides simply prolonging their lives. Surveys find that their top concerns include avoiding suffering, strengthening relationships with family and friends, being mentally aware, not being a burden on others, and achieving a sense that their life is complete. Our system of technological medicine has utterly failed to meet these needs.” (Page 155.)

Advice for physicians. “We’ve been wrong about what our job is in medicine. We think our job is to ensure health and survival. But really, it is larger than that. It is to enable well-being.” (Page 259.)  Reviewed May 12, 2015.

Where the Dead Pause, and the Japanese Say Goodbye, by Marie Matsuki Mockett (2015)

An exploration of the many varieties of Japanese Buddhism — and what they can tell us about the great questions of our existence. The author, a Japanese-American, is herself in mourning when she returns to Japan in the wake of the 2011 earthquake and tsunami. A succession of Buddhist monks guide her to a deeper understanding of life and death, and bring a measure of peace. Full of mystery and surprise, this book is a joy to read.

Shingon Buddhism calls to mind modes of thinking found in Lawrence Krauss, A Universe from Nothing, Why There is Something Rather than Nothing (2012).

As a monk explained to Mockett, referring to a cup,

“If we had a thread that was thin enough, we could thread it through the cup and it would go out the other side. And so the cup is here, but it is not here. If enough time were to go by, the cup would not be here, but if we were to look for its atoms, we would find them scattered throughout the universe, which means the cup would be everywhere. And in the same way, the Buddha is everywhere. The point of Shingon is not to be nothing , but to understand that everything is and is not actually concrete.”

W;t, A Play by Margaret Edson (1993). Is life separated from death by a semicolon, or merely a

comma? That’s the question confronted by Vivian Bearing, a brilliant professor of John Donne’s poetry, as she endures experimental therapy for stage four metastatic ovarian cancer. This Pulitzer prize-winning play should be read in conjunction with Atul Gawande’s Being Mortal, since it highlights the dehumanizing aspects of modern medicine so well. But the play is about much more than that, including the poignancy of father-daughter relationships and the importance of kindness — both in life and as we near death. Also available as a film.