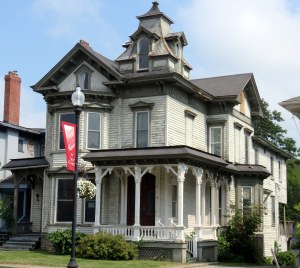 We know so many seniors who are caring for someone even more senior, usually a parent and most often a mother in her late 80s or 90s. Sometimes these senior seniors are really good sports, willing to get with the program and do what needs to be done for their own health and well being. I hope I’m that way, should I live so long.

All too often, I hear of elderly people who insist on living by themselves and refuse to consider making a change to safer living quarters, where they can receive the care they need. Sometimes old folks are admired for living independently, and that’s well and good as long as they are truly able to fend for themselves. But even if that’s the case, senior seniors should be preparing themselves for change, both mentally and in terms of their living arrangements, because their health situation could turn in an instant, with one misstep or a heart attack or stroke.

Anyone approaching 80, it seems to me, should be putting themselves into a situation that will allow them to transition to advanced old age without imposing an undue financial or psychological burden on those who will have to care for them. If that means clearing out the old place and moving to a senior living facility, co-housing, or a continuing care community, then so be it. Or maybe a little house or apartment close to shopping and health care might do the trick, as long as it’s in a place where in-home care is available should it become necessary. Something nearer the kids might well be a good idea.

Yet many refuse to budge, and so I hear younger seniors lamenting that “I’m so worried about Mom. She can’t take care of herself or that big old house, but she won’t move.” Or “What if I die before mother does? What will become of her then?” Or even “I’m half afraid I’ll walk in there one day and find her dead on the floor, but there’s nothing I can do.”

I once found myself responsible for a senior relative in Florida, 1,300 miles from where I live. She was in a rehab facility after a fall at home, followed by hospitalization. Sally insisted that she was going to return to her house, where she had lived alone since the death of her husband the year before. Hadn’t she been caring for a house all her life?

Sally told the staff at rehab that I was coming to Florida to take her home, and they were scrambling to bring her to a point where she could at least prepare a simple meal on her own to keep herself alive. When I arrived, I spoke with Sally’s neighbors and learned that she had hardly ventured out for weeks. Obviously very weak, she had been backing her car down her short driveway just to pick up her mail. Sally’s nurses confirmed that she really wasn’t in a position to care for herself, at least for now, so going home was just not in the cards. But Sally would hear of nothing else.

Fortunately, the rehab facility had a stern and effective social worker, who seemed to carry more weight with Sally than I did. She persuaded her to check into assisted living for thirty days of “respite care” and go from there.

Once Sally got into assisted living, she saw that it was what she had been needing for months. Trained professionals took care of her medications and her oxygen. If she didn’t feel like going to the dining room, an aide would cheerfully bring a meal to her room. If she did go to the dining room, she could socialize, which she had been avoiding, and even laugh a little.

I hear stories all the time of older seniors who are happier in assisted living than they ever thought they would be. Certainly their younger senior caregivers are relieved to have them there.

What experiences have you had in dealing with senior seniors? Maybe your stories, like the one we heard from Ron a while back, would help others.